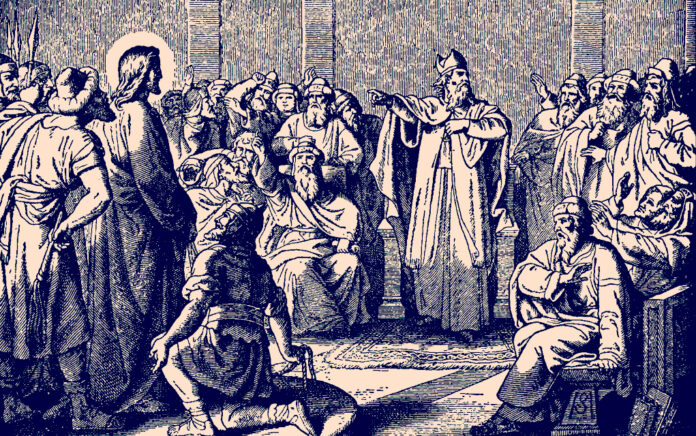 As the lobby began to fill with Sunday morning worshipers, I could hear a multitude of conversations as my office door was open. One voice, in particular, boomed over the crowd, complaining about how the breakfast station was set up, apparently not to this individual’s liking. Each Sunday in churches across America, the Barabbas spirit enters the church through her members. While the church should be a safe place for all who enter her doors, she has also become a place where the Barabbas spirit lives. In the gospel accounts, we meet Barabbas, a prisoner of the Roman governor Pontius Pilate. Scholars believe Barabbas was an insurgent who was dissatisfied with the rule of Rome. Dissatisfaction within the church is not new, as newfound modern-day insurgents of change are trying to overthrow the future-vision leadership in the local church.

The world outside the church walls is shifting and changing with each passing season of life. For many in the established church, the only place they feel safe from the change is inside the walls. Thus the Barabbas spirit comes to fruition when change arrives at their pew. Another man found in scripture with a similar name is Barnabas, who had a different view of leadership. He led with his heart and was seen as an encourager to those he met. In challenging seasons in the church, leaders need to be more like Barnabas than Barabbas.

What differentiates Barabbas from Barnabas is the character of the spirit. When faced with a difficult situation, the way a leader handles the issue speaks to the nature of the regenerated heart of the leader and the ability to lead effectively in all cases found in the local church. Sometimes this means ignoring the negative comment or addressing it in a respectful way and void of animosity. Sometimes people believe that not speaking harshly about a challenging situation is ignoring a problem when buying goodwill and time to react in a godly way. Barnabas was known as an encourager, a courteous man of people’s feelings even when he disagreed with them.

Social media has proliferated the ease of personal and partisan attacks behind the anonymity of a keyboard. The actions have filtered into the church. From chat rooms, private messages to conversations in person, the negative spirit has overwhelmed the established church, slowing or stopping the momentum for future change. The pastor has a unique vantage point to steer the conversation and actions in a direction that honors God by leading like Barnabas.

It is easy for a pastor to dismiss a grievance as another negative voice in the crowd of a revitalization effort within the church. Still, a Barnabas leader leads like Christ in all situations. Christ showed the early church through his actions to be empathetic to the pain that someone was in to be an effective leader. While at the same time pointing to the promise found in moving forward to a positive end. Even in his darkest hour, Christ pointed people back to God.

It is easy to lash out at the Barnabas spirit that has come against your leadership, but Christ taught his followers to turn the other cheek. Through the love of Christ, leaders today are called to lean into difficult conversations and examine them with a spirit of respect for what the other side is saying. When facing a Barabbas spirit, the person wants nothing more than the pastor to be adversarial. Still, when you speak and act in Christ’s love, it begins to disarm them and provides an opening for defusing the situation.

Barabbas wanted nothing more than to disrupt the roman officials’ plans for the city. Even when faced with freedom for himself as the crowd was given a choice to pick either Jesus or him, he jeered the crowd into a frenzy that disrupted what should have been a peaceful process. In hearing the conversation in the lobby, I chose not to get up from studying my notes for the sermon that Sunday instead of hearing the comments and then giving them over to God. I determined that my heart and mind would not be overtaken that Sunday debating where a church member thinks a piece of our breakfast station should be placed. Instead, I chose to put my spirit into the hands of God and allow him to make a way forward.

There is a saying that leaders should not sweat the small stuff, and I would not allow one negative voice to ruin what God wanted to do that day. By choosing not to engage the Barabbas spirit, I allowed God to handle the situation and service. The service turned out to be one of the best ones we had had in some time. I do not think that was a coincidence because when you fully surrender to God, he will never let you or the church down.

While you may face a difficult person within the church, know that it does not surprise God. Instead, stay focused on what God has called you to do and keep loving and leaning into him. When a negative word comes your way, filter it through Jesus, and be the Barnabas God has created you to be.

ABOUT US
Sharing stories of outreach, helping Christian leadership discover the ideas, innovations and resources that will equip them to advance the kingdom of God through the outreach efforts of the local church.
Contact us: [email protected]ne.com
FOLLOW US
© Copyright - Outreach, Inc