Home Interviews Alan Briggs: Redefining Creativity for the Sake of the World 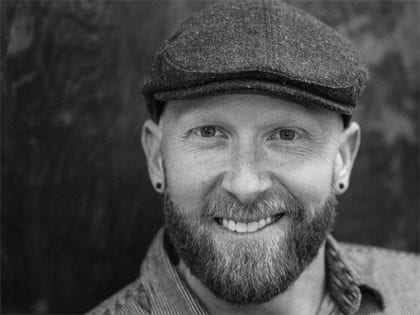 “Our culture is waiting and watching for a group of people who are living for a mission bigger than themselves.”

Don’t miss part 1 of our interview with Alan Briggs, multiplication pastor at Vanguard Church in Colorado Springs, Colorado, and director of Frontline Church Planting. In September, Briggs released his third book, Everyone’s a Genius: Unleashing Creativity for the Sake of the World, in which he encourages leaders to find the God-given creativity in every person they lead and empower them to use it to advance God’s kingdom. In part 1 of the interview, Briggs discussed how leaders can be more intentional about spotting and affirming creativity in people. Here, he describes creative genius in more detail and gives leaders practical wisdom for incorporating genius into their church culture.

Why should leaning in to creativity matter to Christians?

Two reasons. No. 1: for the sake of the world. It should matter because we are wired to serve and to create and be part of something bigger than ourselves. Even when a business starts to make a lot of money, they start to say, “To what end? Who cares if I’m miserable and work all the time and have a lot of money?” People are realizing we’re all wired to contribute.

No. 2: It’s deeply fulfilling. Even if we never get paid a dollar for the art we create and it doesn’t turn into our side hustle or our full-time gig, there’s a deep fulfillment when we’re doing exactly what God has wired us to do. Even if I was never paid a dollar to write, the joke’s on me if I skip my weekly writing session. That’s the time I get to feel the divine breeze of God blowing through me.

Creativity is synonymous with genius in the book. But there’s a difference between being a genius and having genius. Distinguish between those two.

In Greco-Roman times, they would say you have a genius. There was the idea that a muse would visit you and drop these creativity bombs. There is much less pressure if you know you have a genius because you’re transmitting, in our case, what the living God is putting divinely and supernaturally in us. If all the pressure is on us and we have to be the genius, we’re always going to find somebody more gifted than us. Ultimately, that leads to fear of critique and keeping our gifts to ourselves. But if God has given it, if we have a genius, then ultimately it’s not just for us. We’re transmitting it to the world in some beautiful and unique ways.

Sometimes, spiritual-gifts assessments can leave people discouraged if they’re told they’re gifted in something like administration instead of something more “desirable,” like leadership. What’s an alternative way for leaders to assess people’s gifts so they feel valuable, whatever their gifts are?

There’s nothing wrong with spiritual-gifts assessments—I want to make sure I’m clear on that—but it’s wrong as soon as we feel like there’s a hierarchy, a right answer and a wrong one.

Instead of starting with a test, we need to start on the opposite side. We need to ask ourselves how we’ve seen someone blessing other people’s lives. If we could look into the whites of somebody’s eyes and say, “You bless people through hospitality and the open life, open door and open table,” then we actually can see that each person bears the image of God. It’s not just the few people who happen to be church leaders and who are up on stage in the course of a week.

From Outreach Magazine  Jim Burgen: A Church of Open Arms

If someone is naturally hospitable, you say that there’s an element of creativity to that. But part of the problem is people wouldn’t describe themselves as creative. So you’re redefining what it means to be creative.

Life beats the creativity out of us. When we’re in kindergarten, if they ask a classroom of kids to raise their hand if they’re an artist, every kid puts their hand up. If they were to ask a group of middle schoolers, a whole lot less would. In high school, maybe one or two would raise their hand. We fear critique more and more as we grow older.

I think we’ve caged creativity and the idea of genius as something we produce instead of something God puts in us. But the idea of craftsmanship and artistry is coming back in all fields right now. I think our culture is moving pretty quickly with that, and as a church we’re catching back up. During the Renaissance, the church was leading the way in creativity and producing and affirming amazing work. And I think we’re seeing a micro-Renaissance now, where we’re affirming creativity in a broader sense than just limited to those who can sing, paint and draw. I think there’s a lot of space for us to expand that definition right now.

For a consultant, it could be sitting at a conference table with a team or company in front of them. For a programmer, it could be writing code or creating a new app. Or a graphic designer could be coming up with new ideas for logos to keep the ideals of a company. I wanted to define creativity very loosely, because if God gives it to us naturally and we feel the divine breeze blowing through us, I believe it’s a God-inspired creativity that we have to lean in to.

It can be tempting for church leaders to become overly concerned with excellence. What is the risk associated with that?

Excellence is a double-edged sword. I think excellence should matter, but faith should always matter more. When excellence becomes so important that we don’t feel like we can take a risk, I think we’ve confused the purpose of why God gives us gifts and skills. I don’t promote us doing junk for Jesus and putting out something subpar just because we can. I think excellence has to do with doing the best we can with the resources we’ve been given. But at the end of the day, God doesn’t say, “Without excellence it’s impossible to please me.” He says, “Without faith, it’s impossible to please me.” I think practicing our genius—our creativity—with the fear of failing can actually be an act of faith that is worship unto God.

How can leaders create a culture in their church where people feel like it’s OK to fail?

The buck starts with us. We have to model this. We try things, we push into risky things, we put ourselves out there, and sometimes as leaders, we can share our own failures in front of people. Whenever I speak on this topic, I like to read one of my bad Amazon reviews on one of my books. And I say, “When I got that Amazon review, you know what I did? I went back to work and kept writing and trusted God in that moment. It stung a little bit, but some random stranger on Amazon is not going to dictate how I live out the gifting God has given me.”

Instead of asking, “Will this work?” we need to ask, “Should we try this?” We can’t guarantee the new things we try are going to work. Eighty percent of businesses fail, and it’s a similar number, probably, with church plants. So it’s not a guarantee this thing will succeed, but it’s a faith risk. True creativity is a risk where we’re at the knife’s edge of failure.

How can the church enhance its own culture through the idea of genius and creativity so the larger, secular culture is drawn to it?

Our culture is waiting and watching for a group of people who are living for a mission bigger than themselves. I believe that within this idea of everyone having a genius, people can see easily see that. Art can lead people to be very wrapped up in themselves, but we can also see art as something the Creator has given us to steward, and that’s winsome to people.

We can’t guarantee church growth from this. But ultimately we change the scorecard of what counts. We go from investing just in our congregation to investing in the whole community through our pocket of people.

Once leaders put these ideas into action, how do they know when their team is actually starting to multiply genius in their members, and then throughout their larger community? What can they watch for?

I think we know when we start to see other people around us who have changed the scorecard, as well. It’s clear when we’re passing on this idea of what counts, and we’re seeing it continuing two and three generations deep. The old ideas of butts in seats, big budgets and busy church schedules aren’t accurate measurements. But when we see people who are not church leaders beginning to feel affirmed and realizing that what they do, they’re doing in the name of Jesus and they’re doing as ministry, that’s beautiful. When we see that multiply again to a third generation—whether that’s their kids or one of their neighbors—it becomes even more beautiful. They know that whatever it is they do well, they’re doing in the name of Jesus out in their community. It’s more than recreation or fun. That means coaching sports looks more like actual discipleship and mentoring. Teaching becomes more about stewarding grace in a classroom of kids all year long. That’s how we know.