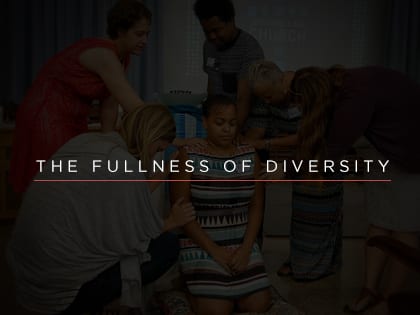 Urban Village Church seeks to be more inclusive and diverse by planting sites in four neighborhoods throughout the city.

The Church: Urban Village Church in Chicago, Illinois
The Challenge: Find a way to become more inclusive and diverse.
One Big Idea: Plant church sites in four different neighborhoods throughout the city.

“Part of the vision was that we’d be a multisite church in multiple neighborhoods,” says Hannah Kardon, Wicker Park site pastor. “Jesus focused so much on who our neighbors are, and having multiple sites is helping us to know the different parts of our city’s story, the fullness of its diversity.”

Kardon says that too often, churches want to attract diverse groups of people without shaking things up, but true diversity should be represented both in the pews and in leadership. Urban Village has an average weekend attendance of 400 and meets the Faith Communities Today survey’s definition of a diverse church, meaning that at least 20 percent of worshippers belong to a racial group outside of the congregation’s most dominant demographic. At sites such as the church’s Hyde Park location, half of the worshippers are from minority groups, says Emily McGinley, a site pastor.

Because Urban Village strives to be antiracist, the leadership must constantly challenge racial biases, even among themselves, according to McGinley. The staff has attended trainings on systemic racism and tries to model appropriate ways to address issues of race and inclusion to the congregation. That includes owning up to their privilege in society and biases against marginalized groups.

From Outreach Magazine  Refugee Ministry: From Friendship to Faith

“We live in the age of Black Lives Matter,” she says.

To get insight into how they can improve their handling of race relations, Urban Village is currently undergoing a racial audit, a months-long process that will examine the church’s diversity practices. A group called Chicago Regional Organizing for Anti-Racism (CROAR) is conducting the audit. It works with churches, nonprofits, government agencies and corporations to dismantle systemic racism from their ranks.

“We look at the policies, we look at the personnel, how hiring is done—what might be done differently,” says Derrick Dawson, co-program coordinator of CROAR. “We actually direct them to do this work themselves.”

The organization has helped Urban Village to conduct a “power analysis” to determine how leadership is chosen there.

Dawson, also a member of the Antiracism Commission of the Episcopal Diocese of Chicago, says most churches shy away from problems related to race.

“Churches are interested in talking about diversity, but I think it’s more difficult when you’re actually interested in sharing power with people of color,” he says. “It takes a commitment that I think can be challenging sometimes.”

Urban Village will receive the results of its audit in May. From there, the staff may proceed how it chooses, Dawson says. Usually, however, the individuals involved in the audit process take steps to implement changes.

The church has also stood out from others by finding ways to make members of the LGBTQ community feel welcome, including a young man who contracted HIV and figured he could never again be part of a congregation. At his request, Urban Village hosted an HIV-testing event after a service, with the goal of preventing others from contracting or spreading the virus. The young man has even shared his testimony with other church members, McGinley says.

In addition to teaching the congregation to welcome diversity and inclusion, Kardon says Urban Village wants church members, especially those who feel marginalized, to know “the relevance of Jesus to their experience in the world.”

“Jesus called us to live out our faith Monday through Saturday and not just Sunday, and to meet us in our pain and our struggles and to offer support to people who are hurting and who are scared,” she says.