Home Resources When Two Lesbians Come to Your Church 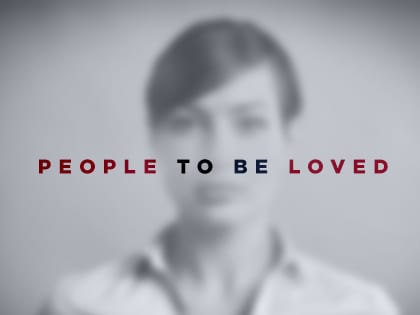 I read a story a while back about two lesbians who decided to go to church one Sunday just to make Christians mad. “Let’s just go for fun! We’ll see how much we can push their buttons,” Amy told her girlfriend. “I hear their motto is ‘Come as you are’,” Amy scoffed. “I just want to prove that they’re ‘come as you are . . . unless you’re gay.’ ”

Are our churches sending that signal? If you’re greedy, slanderous, pugnacious, or addicted to drugs or alcohol, then “come as you are.” But if you’re gay, you’re not welcome? Amy got that from somewhere. And according to the statistics, she’s not alone. The evangelical church is considered to be antihomosexual and therefore antiAmy.

But Amy and her girlfriend went to church. They flirted in front of everyone, held hands, and made it very clear that they were lesbians. How did the church respond?

“Instead of the disgusted looks of contempt we expected, people met eyes with us and treated us like real people,” Amy recalls. When I first read Amy’s words, I was excited to see how this church fronted love. But there is a word that Amy uses that makes my heart break.

“Instead of the disgusted looks of contempt we expected,” they “treated us like real people.” Amy and her girlfriend were shocked that these Christians thought they were human beings and not monsters.

Why was this shocking?

What else would they expect from a bunch of sinners saved by grace?

How else should divine image-bearers plugged into a lifeline of undeserved favor treat two human beings who are drawing near to the body of Christ?

Expected. They expected Christians to treat them like some subspecies of the human race. Instead, they were shocked that followers of Christ actually acted like Christ.

From Outreach Magazine  Living for What Will Last

Most gay people I know have been involved in church at some point. Their testimonies are almost identical: I grew up in the church. I tried to follow Jesus. When I hit puberty, I experienced unwanted same-sex attraction that caused me unbearable pain and confusion. When I tried to talk about it, I was shunned, confronted, and made to feel like a monster. I became depressed, which led to isolation, which led to more depression, which led to fleeing the church in search of love.

For a staggering number of gay teens, growing up in church has led to the grave.

Teens who experience same-sex attraction are two to seven times more likely to attempt suicide than teens who don’t. And unfortunately, the teens who seek help from religious leaders are more likely to kill themselves than those who seek help from nonreligious counselors. Quibble over statistics all you want, but this is still frightening. I seriously doubt that the tax collectors and sinners who were “drawing near to Jesus” (Luke 15:1) walked away wanting to kill themselves.

LGBT people who grew up in the church, who didn’t commit suicide, often end up leaving the church in search of a community that would value them as humans. But it’s not just gay people who have left the church. A growing number of younger straight people are leaving Christianity based on how the church has treated gay people. And it’s usually not because of the church’s nonaffirming view of same-sex behavior, but their nonaffirming posture toward gay and lesbian people. It’s not too much truth but too little love that’s driving gay and straight people away from the bride of Christ.

Jesus-love is neither permissive nor conditional. It expects and enables obedience but doesn’t require obedience as its prerequisite.

People to Be Loved: Why Homosexuality Is Not Just an Issue
By Preston Sprinkle (Zondervan, 2015)

A 2016 OUTREACH RESOURCE OF THE YEAR
Category: Culture

Preston Sprinkle is a teacher, speaker and New York Times best-selling author. He has written several books, including People to Be Loved, Living in a Gray World, Charis and Erasing Hell, which he co-authored with Francis Chan. Sprinkle has held faculty positions at Nottingham University, Cedarville University and Eternity Bible College.